When the Pokemon Go game was launched globally several years ago, no one was shocked at how popular it was.

But many were surprised at the issues with the game that quickly emerged, especially those who assumed that ordinary smart phones would easily handle the demands of the game.

Unfortunately, though, some didn’t. As a result, finding the right phone for Pokemon Go has become a bit of a shell game because state-of-the-art phones have had problems as well.

Many Android model will run the game effectively, but there are better options. Here are three of the best phones for Pokemon Go, along with a brief explanation about why they work so well.

The debate about whether Samsung phones are better than iPhones will probably continue for at least another year or two, but to get the best Samsung phone for Pokemon Go you actually have to go back in time a bit.

The specs of the S5 Neo are actually a bit behind those of the LG model, but the combination of an Octa-Core 1.6 GHz Cortex-A53 processor, plus 2 GB of RAM, 16 GB of storage and an available micro-SD slot make it ideal for Pokemon Go.

In addition, the S5 Neo is cheaper than the LG phones, so it won’t break your budget. So if you’re a Samsung fan, you’ll have plenty of money left over for Pokeballs!

Reviewers and users haven’t show a lot of love for XPERIA phones, but they meet the requirements for a smooth run with Pokemon Go, and they’re unlikely to go obsolete anytime soon.

The specs are excellent: 3 GB of RAM, a Quad-Core 2.5 GHz processor, and Adreno 330 graphics.In addition, if you choose the Z3 you get a 20-megapixel camera that’s icing on the cake, so this phone is definitely worth checking out.

The HTC One M8 also doesn’t get a lot of love from reviewers and users, but its actually an underrated phone. The camera may not stand up to comparisons with similar phones all that well, but you can’t go wrong with these specs when it comes to playing Pokemon Go.

To ensure a smooth run with the game, the HTC One M8 comes with 2 GB of RAM, a Quad-Core 2.3 GHz processor and the aforementioned Adreno 330 graphics.

The memory falls a bit short of other phones at 16 GB of internal storage, but there’s a micro-SD slot that allows for another 128 GB.

Given that its a lot cheaper than the other models listed here, that makes it a great by for Pokemon Go!

These phones are great for some other games, like this one! 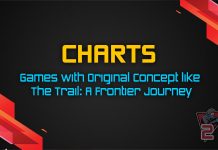 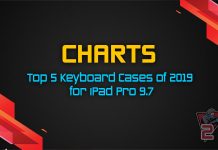